It may seem hard to believe, but as recently as the 1980s only about 10% of Americans wore seat belts regularly when riding in a car. Fortunately, today this important safety feature has been widely adopted and even legally mandated. Seat belts are responsible for saving over one million lives! Make fastening your seat belt a habit. Put it on as soon as you get in the car before you even start the engine and insist that other family members do the same. This single act could save your life! Below are some interesting facts about seat belt history and use. 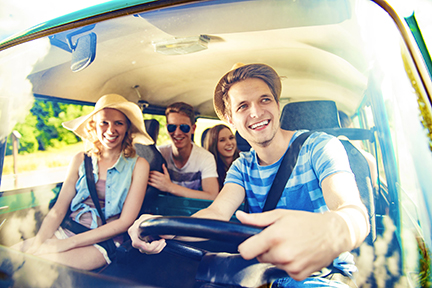 Have you or a loved one been a victim of a DUI, car, truck, or motorcycle accident, dog attack, or a slip and fall incident? If so, Tiemann Law Firm can help. Our experienced personal injury attorneys will fight for the compensation you deserve. Contact us today for a free, same-day consultation by calling (916) 999-9000.