It can be challenging to prove that a truck driver should be held liable for causing an accident. If you suffered injuries, you may be entitled to compensation for your medical treatment and other expenses. However, you might not know how to show the truck driver’s actions contributed to the crash.

The trucker’s travel log could be the evidence you need to prove fault after a truck accident. Also called a logbook, the travel log documents a truck driver’s activity for every 24-hour period. If the logbook shows any information regarding reckless behavior, a violation of state or federal law, or any other form of negligence, you could use it to pursue the compensation you deserve.

The hours of service regulation outlines the rules commercial truck drivers must follow:

Any truck driver who chooses to violate these regulations could receive a hefty fine. Subsequent offenses can even result in a suspended commercial driver’s license. Additionally, driving beyond the maximum limits can cause fatigue, placing other motorists at risk of harm in an accident. 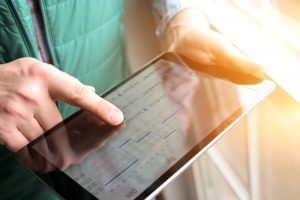 The information required in a truck driver’s logbook includes:

Drivers operating a commercial truck must maintain a detailed logbook with some exceptions. For example, if someone only travels within a 100 air-mile radius of their home terminal, they don’t have to record the above information.

It is a legal requirement that motor carriers install electronic logging devices (ELD) in their commercial trucks. An ELD automatically records information while the truck driver operates the vehicle by synchronizing with the engine.

Some of the recorded data includes:

Every truck driver must enter specific data manually since the ELD doesn’t record all the information the FMCSA requires.

ELDs allow truck drivers to electronically transfer the stored data in a file to law enforcement or another official if requested. This provides the necessary details for law enforcement to investigate accidents and determine if the truck driver violated any regulations.

Proving Fault After a Truck Accident

If you’ve been involved in a truck accident due to the negligent actions of a truck driver, you should hire an attorney. Proving fault in a case like this is often a challenge. You will need access to sufficient evidence to show your behavior at the wheel did not contribute to the crash.

Truck accident lawyers have the resources to gather all of the available evidence, including the truck driver’s record of duty status. Your lawyer can review the data for information that could work in your favor. For example, if the trucker drove beyond the maximum driving limit, they might have felt fatigued, resulting in the accident.

Since 1998, the dedicated and experienced attorneys from Tiemann Law Firm have represented clients injured by the wrongdoings of others. We will aggressively fight to hold the truck driver liable for their actions and seek the compensation you deserve.

If you sustained injuries in an accident due to the truck driver’s negligence, do not hesitate to call us at (916) 999-9000 for your free consultation.